Nationally Recognized Regionally Dominant Contact Us Now For a Free Consultation
Over $850 Million in Verdicts and Settlements
Home
Our Team
Jason T. Wasserman 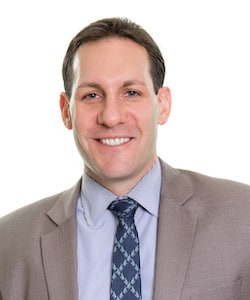 Jason Wasserman is an experienced litigator, trial attorney, and partner with the firm. His practice is devoted to the litigation of complex civil cases in state and federal Courts in Maryland, the District of Columbia, and nationally. His litigation practice includes personal injury, medical malpractice, product liability, business/commercial litigation, and toxic torts. Mr. Wasserman has vast trial experience, where he has recovered tens of millions of dollars representing those persons injured as a result of motor vehicle collisions, medical malpractice, slip/trip and falls, work place injuries, dog/animal attacks, and product failures. His diverse clientele range from individuals and small businesses to Fortune 500 Companies.

Mr. Wasserman graduated from Miami University in 1998 with degrees in Business and Management Information Systems. After graduation, he worked as a Senior Consultant and Project Manager for "Big 4" consulting firms and an Internet start-ups, where he implemented and managed business systems for a number of Fortune 10 and Fortune 100 Corporations.

Mr. Wasserman returned to school to pursue a law degree and in 2004, graduated from the University of Cincinnati College of Law. After graduating, he returned home to Baltimore to begin his career as an attorney. Prior to joining Silverman Thompson, he was a civil defense litigator with a large regional law firm. He represented numerous local and national corporations and insurance companies in the defense of personal injury, mass tort, toxic tort, and product liability claims on a National level, as well as in Maryland, Delaware, and the District of Columbia.

Mr. Wasserman is active in the Maryland State Bar Association (MSBA) and the Bar Association for Baltimore City (BABC), where he has held a number of leadership positions and served as a community advocate. Additionally, he has served as a long-standing member the Executive Council and an Officer for the BABC. From 2011-2012 he was elected to serve as the President of the BABC's Young Lawyer's Division. From 2013-2014 and 2017-2019, he was elected to serve on the Board of Governors for the MSBA. In addition to his involvement with the BABC, Mr. Wasserman has been heavily involved with the Defense Research Institute (DRI) for a number of years. He is presently on the Steering Committee for DRI's Product Liability Group.

Maryland Association for Justice
Member Since: 2009

In 2010, 2011, 2012, and 2013, Mr. Wasserman was recognized as a Maryland Rising Star and from 2014 - 2020 as a Super Lawyer by Super Lawyers magazine in the field of Personal Injury Litigation. In 2012 and 2014 he was recognized by the National Trial Lawyers Association as a Top 40 Under 40. In 2015-2019, he was nationally ranked as a "Top 10 Attorney" by the National Academy of Personal Injury Attorneys. Mr. Wasserman is AV rated by Martindale Hubble, which is the highest possible rating an attorney can receive in both legal ability and ethical standards.