Nationally Recognized Regionally Dominant Contact Us Now For a Free Consultation
Over $850 Million in Verdicts and Settlements
Home
Our Team
Ethan S. Nochumowitz 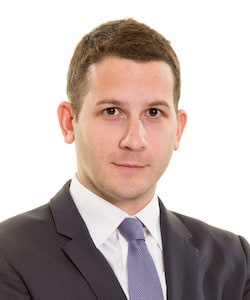 Mr. Nochumowitz has a successful track record of holding doctors and hospitals responsible for their medical mistakes that have caused harm to his clients. He has litigated and settled medical malpractice cases in a wide range of areas, including cases arising out of, among other circumstances, failure to diagnose and treat infections, failure to diagnose and treat spinal cord compression, failure to protect the airway resulting in death, maternal death following childbirth due to post-partum hemorrhage, birth injuries resulting in severe cognitive impairments and death, as well as medication and pharmaceutical errors.

Mr. Nochumowitz regularly obtains million-dollar-plus recoveries for the firm’s medical malpractice clients. For example, in 2018 he obtained a $2.5 million recovery for a client whose undiagnosed and untreated foot infection resulted in an above-the-knee amputation of her leg. As a result of his track record of obtaining tremendously favorable outcomes for his clients, Mr. Nochumowitz regularly is called upon to litigate the firm’s most serious and complicated medical malpractice cases.

Mr. Nochumowitz also enjoys performing pro bono legal services for deserving organizations that do important work in the local community. For example, he has represented The League for People With Disabilities, a charitable organization dedicated to providing vocational, rehabilitative, educational and medical services to thousands of individuals each year with multiple physical, cognitive and neurological disabilities. In that matter, Mr. Nochumowitz convinced the City that it had grossly over-billed The League for water and sewer services over a number of years and obtained a settlement of over $380,000, which represented every penny of what Ethan claimed was owed with no compromise whatsoever. Since that representation, Mr. Nochumowitz has enjoyed remaining actively involved in The League, including sitting on the Committee which puts on the organization’s largest fundraiser of the year.

During law school, Mr. Nochumowitz served on the University of Baltimore Law Review, and took on an active role teaching legal research, writing and appellate advocacy skills to first-year law students. Prior to joining Silverman Thompson as an Associate, Mr. Nochumowitz worked for the Honorable George Levi Russell, III of the United States District Court for the District of Maryland.